Laparoscopic Whipple’s Pancreaticoduodenectomy – My take on it !

Home Blogs Laparoscopic Whipple’s Pancreaticoduodenectomy – My take on it ! 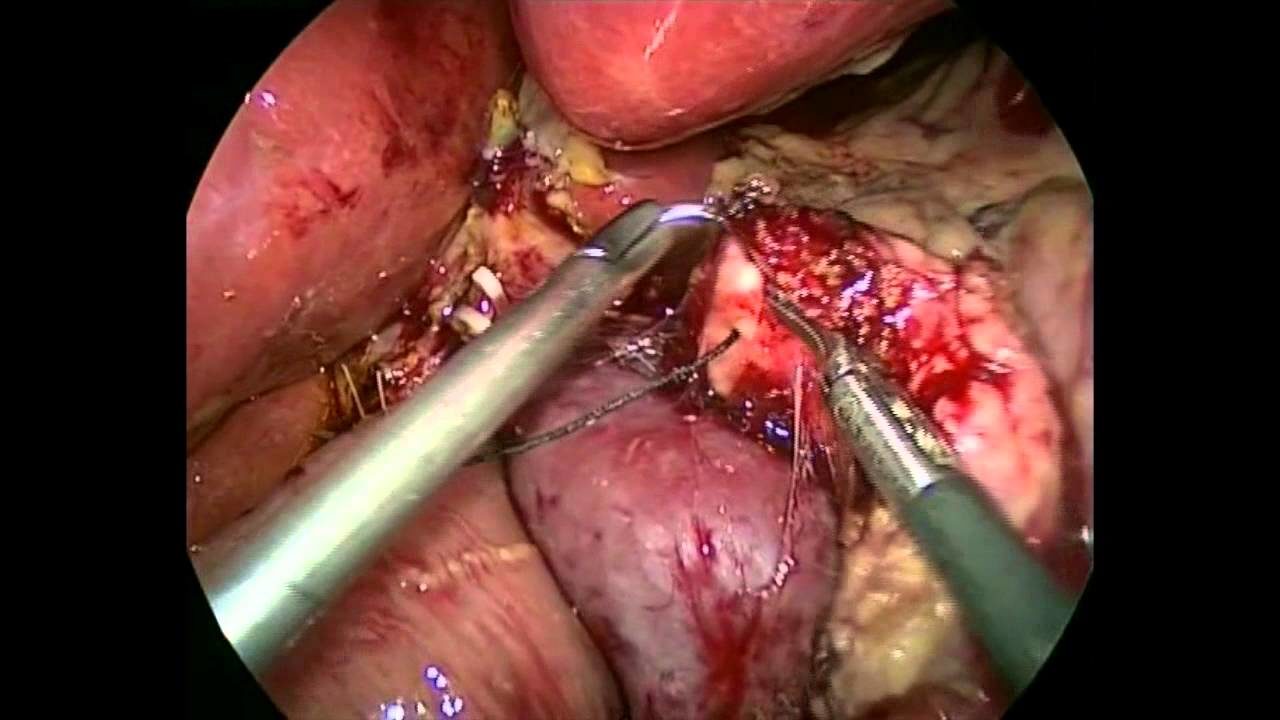 Family of Shantha a sixty year old lady was devastated when she was diagnosed to have a pancreatic head tumor. Fortunately, on CT scans she had an early tumor with no evidence of spread elsewhere. Although medically found fit, the complex nature of operation – ‘Whipple Procedure’, possible complications and possibility of prolonged stay provided little comfort. She was referred to me and after careful scrutiny of her reports I suggested a laparoscopic (key hole surgery) Whipple procedure. The course of stay in hospital, undergoing laparoscopic Whipple Procedure came as a pleasant surprise for the patient and family who were feared at the outset about the formidable nature of the operation. She recovered well and was discharged from the hospital on the sixth postoperative day. 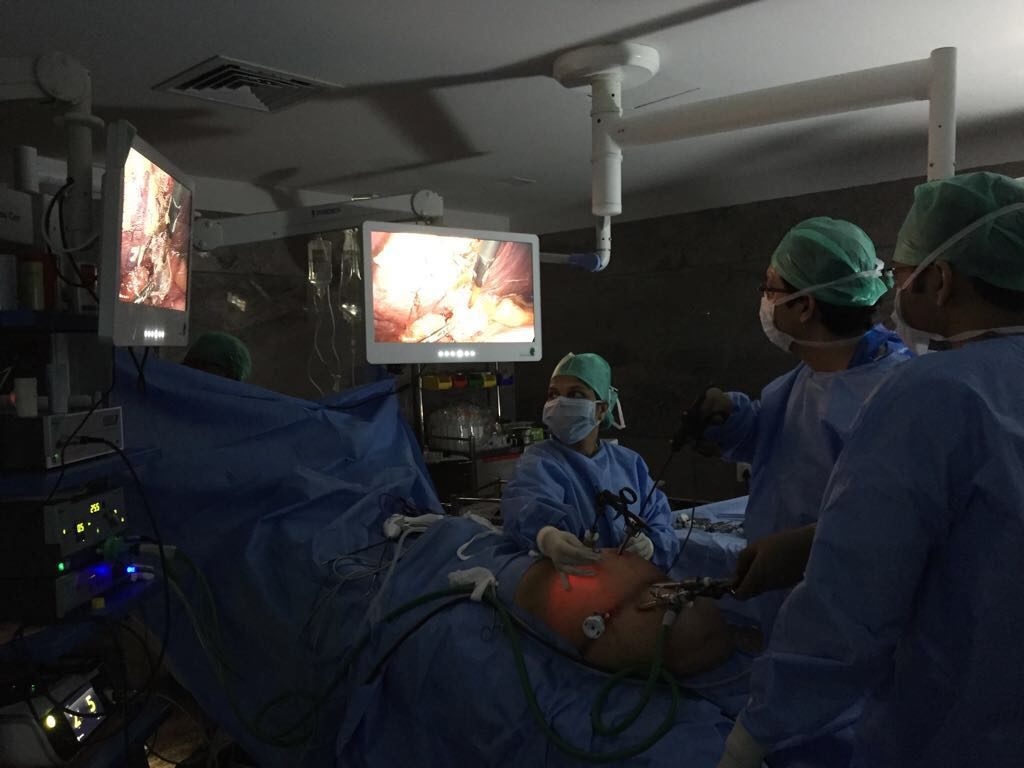 The goals of lesser pain, shorter hospital stay and early return to productivity have inspired the believers in minimal access surgery to extend the horizons of laparoscopic surgery. The line between extending the benefits of laparoscopic surgery and questionable advantages with this approach is difficult to draw in complex procedures because of the lack of extensive peer reviewed literature as in the case of ‘laparoscopic Whipple Pancreaticoduodenectomy (LPD). 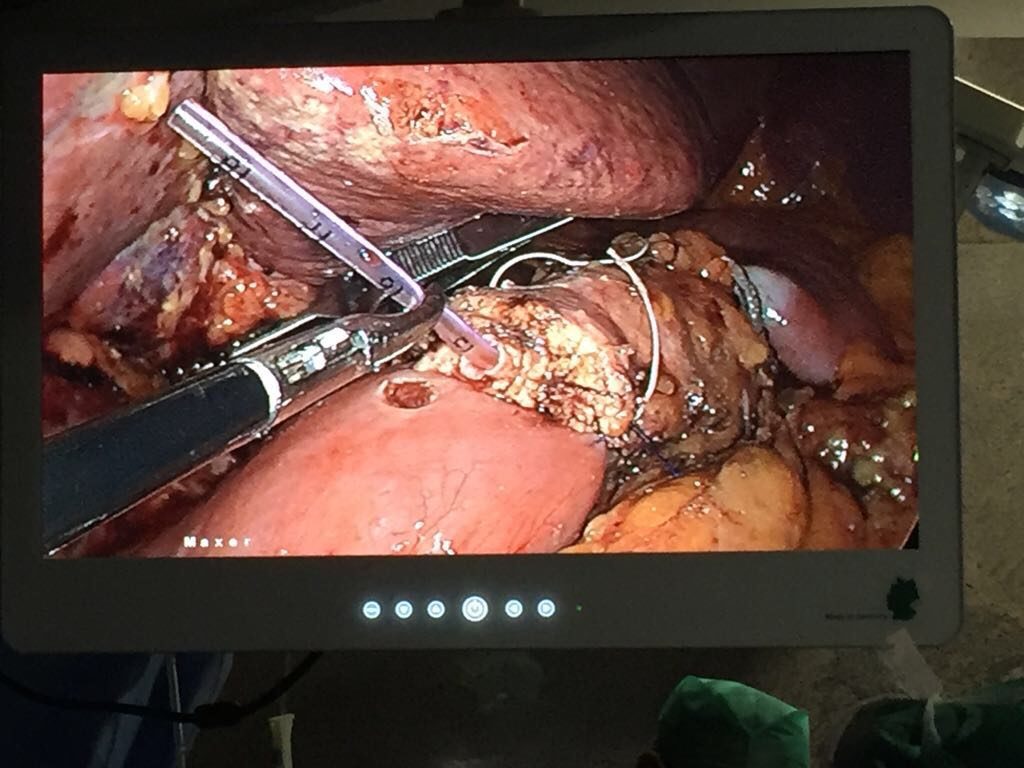 Till a decade before my work in laparoscopy was limited to removal of a gall bladder, appendix, fundoplication or occasionally a spleen. However, with increasing experience and a desire to extend the benefits of key hole surgery to patients undergoing other gastrointestinal procedures I spent several hours training on the endo-trainer, spent several hours with experts in the country and abroad, on several occasions had the good fortune to join in for operations with them. By the year 2008, most of my foregut (food pipe, stomach) and colorectal work was laparoscopic. The collective experience from having done distal gastric resections, common duct explorations, distal pancreatic resections, choledochal cyst excisions and hepaticojejunostomies and proximal jejunal resections gave me the confidence to proceed to performing my first LPD in 2010. 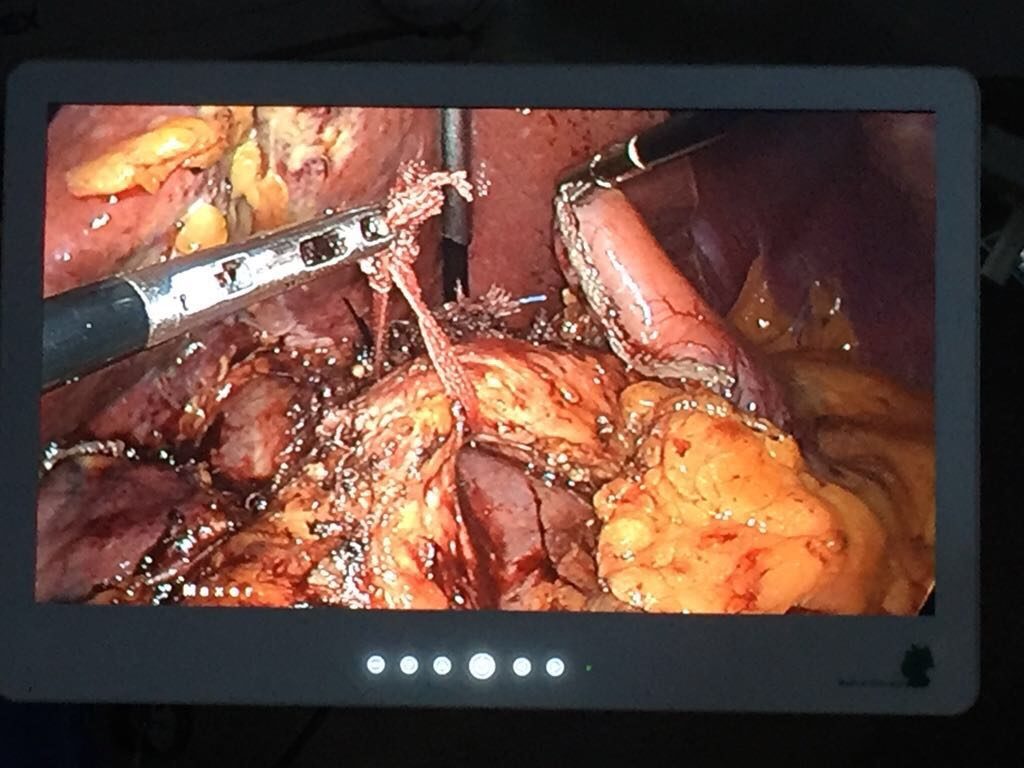 I have been very selective about patients chosen for LPD selecting mainly with periampullary tumors or cystic neoplasms of pancreas. Patients with serious comorbidities, carcinoma head, previous upper abdominal surgery were excluded. Also in the initial two years patients with an aberrant or replaced right hepatic artery were excluded. To put things in perspective out of forty odd Whipple procedures in the last three years fourteen were done laparoscopically. In the first five the resection and part of reconstruction (hepaticojejunostomy) were completed laparoscopically, the specimen retrieval was done through a 8 cm midepigastric incision. Pancreaticojejunostomy and gastrojejunostomy were completed through this minilaparotomy. In the remaining the entire procedure was completed laparoscopically and specimen was retrieved through a small Pfannenstiel incision. Overall, twenty five percent of patients had morbidity. Although, I need to look at my data critically comparing short term and long term outcomes with the open and the laparoscopic approach, with LPD, I did see most patients recovering faster, having lesser pain, having fewer wound complications and starting adjuvant treatment earlier. In the subgroup of patients with LPD experiencing major morbidity such as bleeding or a Grade B or Grade C pancreatic fistula this benefit was clearly absent. Considering major morbidity was seen in 25% of patients, it would be safe to say that seven out of ten patients undergoing a LPD would have better short term outcomes than the open approach.

LPD is technically feasible for a surgeon with advanced laparoscopic skills with team work from assistant surgeons, anesthetists, scrub nurses and technicians. Also, the procedure requires high definition laparoscopic camera, HD monitors, vessel sealing devices and endostaplers. I am sure with increasing experience, improving technology more centres would adopt LPD as standard of practice in the near future.