36 year old female patient presented with pain I the right shoulder. Her last child was 5 year of age and she had no findings on the ultrasound done at the time of the pregnancy. She also had palpitations for which she went to the internist who referred her to a cardiologist. She had some changes in the ECG and then she underwent an echocardiography. The echo showed some external pressure on the heart. She did an ultrasound of the abdomen with showed a large cyst in the liver. 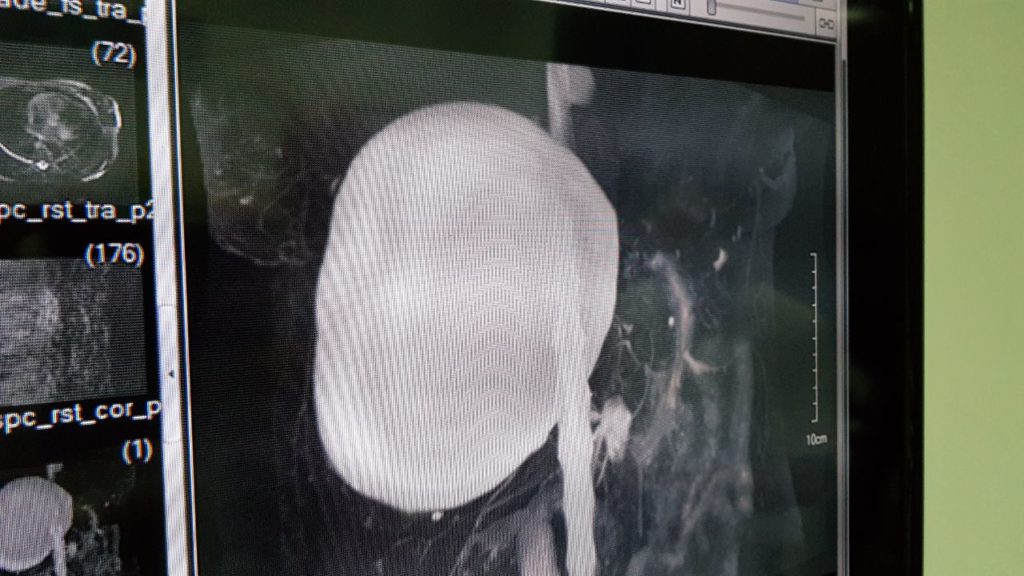 She was examined and evaluated by number of doctors and surgeons who gave her multiple opinions. Some advised against surgery, some suggested an endoscopy, and some advised an internal drainage.

Patient was finally seen by the team of surgeons of ’lap surgery”. The counseling was done and explained about various probabilities. She underwent a laparoscopic surgery. The cyst was containing 3.8 liters of fluid. The cyst was removed completely although it was adherent to some of the major blood vessels around the liver. The reason was to ensure that the recurrence of the cystic collection does not take place. 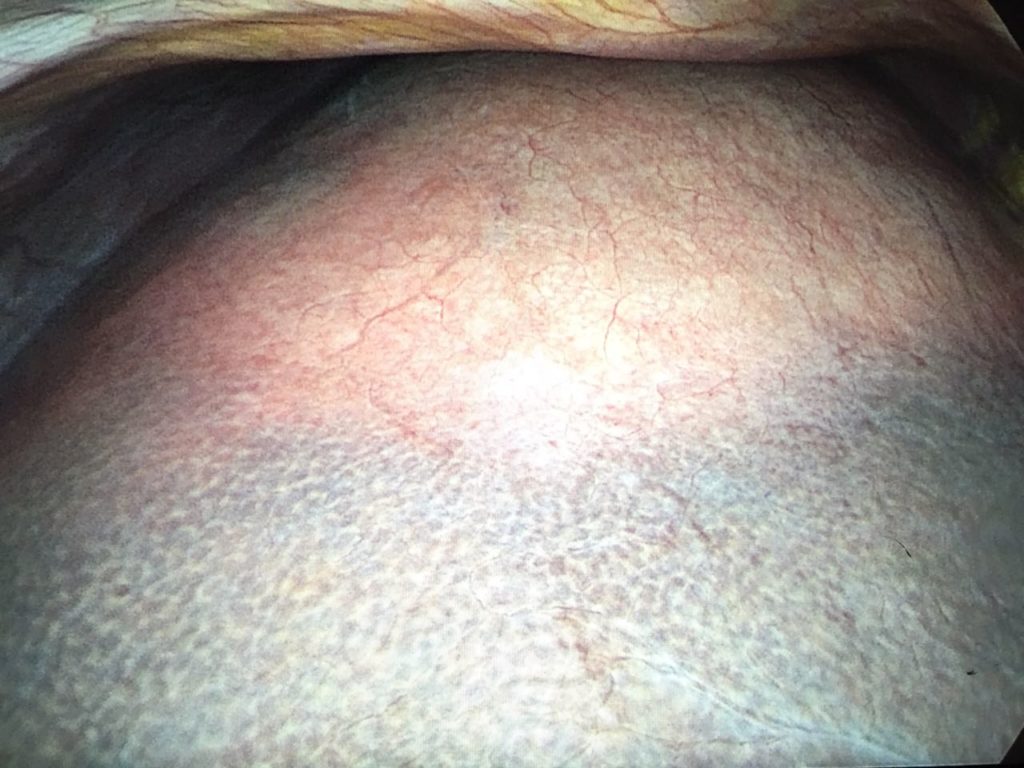 The patient recovered well and was discharged on 4th day.

Cystic lesions of the liver can be a simple cyst, hydatid cyst or a benign tumour of the bile duct known as a cystadenoma. The symptoms are usually of pressure and space occupying lesion. Sometimes the cyst may rupture when it is thin walled. The hydatid cyst is progressively enlarging and can become infected or rupture into the lungs of adjoining structures. Complete removal of cyst is a priority. In occasional circumstances partial deroofing of the cyst can be done.