Pilodidal Sinus: Traditional Treatment or the Latest for a Painless Recovery

Home Blogs Pilodidal Sinus: Traditional Treatment or the Latest for a Painless Recovery 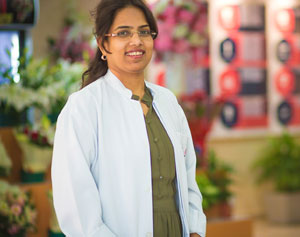 A young girl presented with a swelling on the lower back with severe pain . On examination she had a pilonidal abscess. She was admitted in emergency and drainage of the abscess was done. There was a large wound after the surgery. It took around 2 months of regular dressing to heal it. One year later she had a recurrent abscess. This burst on its own. The doctor then advised her surgery to remove the sinus. There was a sutured wound after Third surgery. It developed a seroma and a olorcollection. This was drained and pressure dressing was applied. Slowly it resolved. Patient is on a continuous follow up to remove the hair in the area to prevent another recurrence on cialis treatment.

This is one of the usual stories of a pilonidal sinus. Sometimes you would realise the patient had 6-7 radical surgeries.

Is there another way out. Endoscopic treatment of the Pilonidal sinus (EpSIT) is on e such techniques. It uses a camera to eliminate the root cause of the evil. The ingrowing hair in the area. It minimizes the trauma because of the surgery. It is a day care procedure. The pain is minimal. There are higher chances of recurrence, but those remain in open surgery too. The concept of radical surgeries is being questioned. The amount of trauma for a simplistic problem is being challenged.

What can be done or at-least attempted in a minimally invasive manner should become the front line of treatment. The radical procedures should be reserved for more complicated or recurrent cases.

Young women need a personalized care with best cosmetic results. EpSIT is  being  offered as a laser or minimally invasive alternative for treatment of pilonidal sinus by our colorectal surgeon Dr Ritu Khare in Dubai, Sharjah and AbuDhabi.

She has practiced all methods from traditional drainage; Karyadakis Flap, laser and EpSIT and can counsel what would be considered as the best option for a particular patient.